Zach is a writer and reader.  Primarily he writes science fiction adventures, but he also enjoys westerns, mysteries, and paranormal thrillers — and writes in all of these.  He hopes to make a living at this, and so is looking to earn a Journalism degree so he can get a day job writing for a magazine or newspaper while he works on his novels and short stories.

He’s lived his whole life behind and to one side of Lauren’s backyard, so the two families have known each other for years, and the two kids — only a couple of years apart — have always been friends, reinforced by the fact that Lauren is also friends, from church, with Zach’s cousin Allison.

His tastes and interests vary.  He likes art, history, books, movies, music — anything that might reflect life.  Jazz is his favourite music, especially improvisational jazz, as he finds it to be the most deeply personal and emotional of musics; through this love of jazz he took up playing saxophone, and has both a baritone and tenor sax which he plays for himself, as a stand-in for a few friends who have small time jazz bands, and in Immaculate Conception’s Jazz Ensemble class.  He has many friends through his mother, who is a professional drummer, in the local music scene and so has spent much of his life frequenting concerts and gigs of various sizes and calibres with her or them, and — now that he can drive — with himself. 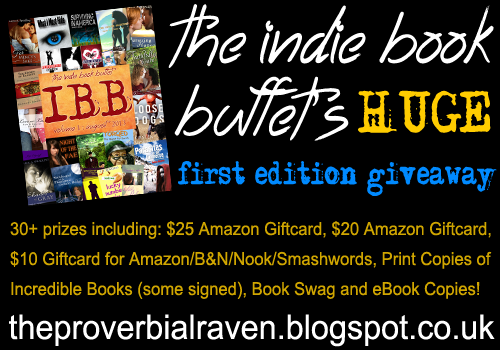 A free monthly online magazine (also available in print for a small fee) starting on August 1st 2013 that will feature a Genre-By-Genre selection of extracts from up and coming independent authors. It’s a great way to read free samples of new indie books!

And to kick it off the folks behind the zine are hosting a huge giveaway (in case the giant image to the right here was too subtle).

A lot of awesome books will be showcased — you can, in fact, see Love or Lust‘s cover there next to the I — from a lot of indie authors.

No I’ve no direct part, other than contributing some copies to the giveaway.  I just think this is a pretty great idea and want to help spread the word.  Really some quite remarkable writers have elected to eschew the traditional model for publishing and this is one more way to help people find them.

I certainly plan to give it a look.  The info is on Facebook.

Maureen is a student at Harvard University where she is taking her first strides toward becoming a paediatric psychiatrist.

Maureen has always been a highly academic young woman, and currently is taking as full a course load as her school will allow and each semester, including summer, that is offered.  She plans to get ten years of school in, at least, six.

She volunteers her time with tutoring her favourite subject, English, and by this met her boyfriend, Kaede.

Emmy, as Maureen is often called by Gramps (short for Emily Post), is a fastidious and very Proper young woman.  She has always, even at a young age, preferred to dress very well and very neatly, she took her lessons in etiquette and decorum to heart, and is always well spoken and polite.  Though her maternal grandfather was something of a corruptive influence, possibly genetically, as she has his habit of calling people by random nicknames — though, unlike him, she doesn’t do it to everyone nor in any and sundry circumstance.

By her own opinion she got next to no colour from her parents.  With regards to features she got her mother’s striking blue eyes, her father’s blonde hair — though she did get a red tint from Yvette, and through an interesting blending of skin types she barely freckles let alone tan.  Makeup quickly became as automatic to Maureen, therefore, as breathing; this has lead to teasing from Lauren and a few of her friends with variations on the idea of calling her a China doll.

Many people unaccustomed to her find Maureen a contradiction.  Dressed as immaculately and primly as she is, they would expect her to be stuck up or a bit prissy at worst, certainly very squeamish and reluctant to go near even a little dust, but she isn’t.  She is a very personable young woman who, while conscious of her clothes and careful of actually ruining them, is largely unconcerned with soiling her wardrobe; she will gladly engage in work on the farm, or help her parents in the garden, or perform household chores without the faintest hesitation.

Okay, we’re all readers here, right?  I mean I can think of few other candidates for followers of an author’s blog, and it breaks my mind to try to imagine a writer who doesn’t read.

So why is it, then, that I’ve only one reply to my question?

I did have one person click like — so I turned Like off for that post because, really?  Why?  What is the magic of the Like button that, not only does everything have one now, but that people will click it on things where it either makes no sense to do so or it is expressly asked not to?

Anyway stress is not fun.  Editing is stressful.  As is the realisation that I’m hitting the final week that 2/3 of my agents say they take to respond.  I’m of a mind to say to Hell with self-publishing and just keep shopping the series out to publishers and agents till I get a bite, but I’m pretty sure I’m nowhere near so patient a person.

Wish me luck, I’m going back to editing now.  At a scene I like, but have this sinking feeling ought to either be axed or relocated.  Always such a bother to figure out if that’s true or not, and then if so there comes the question of which to do.