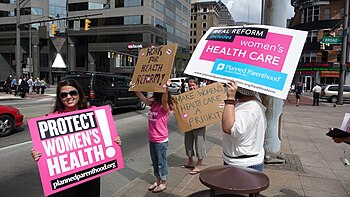 I don’t propose to have an answer.  I’m just contemplating a question that I simply have to get off my chest — one that’s not new to humanity, and is probably a good deal of the basis of both religion and philosophy throughout history:  why are we such horrible bastards to one another?!

Differences are often cited.  Oh, let’s look down on him because he’s gay, on her because she’s pink, that thing over there because … I don’t know what the hell it is!  He’s Russian, she’s Polish, that other guy is South African … He supports the Raiders, she’s a 49ers fan.  North, south, Asian, Cuban … all of that.  Rivalry, in the end — misunderstanding, fear of the unknown.  This is fairly easy to comprehend, even if it is completely idiotic.

But in other places.  Mac vs PC; God forfend that a musician ever become popular — especially a female one, writers … art in general really.  The venom is … wow.

Take, for example, something I saw last night when I happened to be logged into Facebook:  it was a video someone made of a woman who bore not the slightest resemblance to Lorde singing atrociously (possibly with a man’s voice dubbed over, I wasn’t quite sure) and it was being billed as “Lorde’s Grammy performance of her hit Royals without autotune” or something on that line.  I mean, it’d be one thing if this were like The Onion or Daily Mail or other humour tabloid.  It’d be a cruel joke, but still clearly a joke.  This didn’t strike me as a joke site, just a supposed music news and discussion site.  Before that I’d meet people who seemed to genuinely want Taylor Swift to die a horrible death.  PC and Linux fans who sneer at Mac & OSX users as though they were routinely eating infants in the town square.  Some of the Mac users acting littler better, to be fair.

It’s in other places too — people being dehumanised for disagreeing.  It’s not always one sided, though at times it can be.  Pro-Life versus Pro-Choice, for example, is one that can get pretty one sided.  The Pro-Life crowd routinely treats the Choice crowd as murderers (calling them that, actually) and things — even people who’ve never had an abortion, painting the Choice crowd as people who want all women to abort all babies … it goes on, and I’m paraphrasing real slogans, signs, memes, quotes, etc.  Can be one sided, not is; the Choicers can sometimes call the Lifers some pretty awful things too, but in general their slogans and quotes are science or law, etc.  Vax vs Non-Vax.  Oy!  Bring up the Holy (or Evil) Vaccine and you would think you just started a service to Satan in the middle of Vatican City!  Again, both sides can be rather mean, but the pro-vaccines crowd so often dehumanises the non-vax crowd who are in turn only quoting science and statistics … the anti-vax crowd (a different group) … they tend to be dehumanising the pro-vax crowd too.

Frankly, it’d all be almost entertaining — I mean, there’s got to be a reason Jerry Springer has been on the air for so long.  But it’s somehow different with things like that, where you know/suspect that it’s staged.  This is real, and therefore so much more tragic and awful.  I won’t say what side I’m on for Vaccines, Abortion, etc.  I’ll just say that both sides are really quite rude to each other, but one side is more consistently rude and cruel while the other resorts to data — fact or fiction, they resort to data.

WHY!?  WHY must it happen?  In all the millenia that the human race has existed why must we shout at each other over things that are, all too often, none of our damned business!?  Why must things be turned into arguments, and why do those arguments have to turn into wars (regardless if bullets fly, and all too often they do … or bombs explode — come on folks, how is C4 applied to a Planned Parenthood clinic anything like “Turn the other cheek”?!)?!

Given the history of humanity to this point, I’m risking being shot, stabbed, or crucified for saying this (Christ, John Lennon, our dear Reverend King, and so many more), but:  Why can’t we all just trying being nice to one another for a change?

One thought on “Why the cruelty?”