Happy October, my beautiful darlings! I present, because I’m me, a fluffy romance … about queer zombies. Yes, I know “Jaye, why are you like this?” Honestly, sweetheart, I haven’t a clue. Enjoy 🤟 🧡

This story, like so many of the greatest romances of all time, begins with a dead body; namely, mine.

END_OF_DOCUMENT_TOKEN_TO_BE_REPLACED

I honestly don’t know what to say about Terry Pratchett‘s death.  So much for he and Neil ever getting together and doing a Good Omens sequel.  No more Rincewind, no more Granny Weatherwax, Tiffany Aching.  The Luggage has moved on, and so many more.

Scott Lynch managed something articulate and good to say.  I’ll settle for reblogging that here:

I was surprised by my own mild reaction when I woke today and saw the first of many subtle tweets about Terry, though I guessed immediately what they meant. I was surprised by just how many of those tweets were also some flavor of subtle or mild or restrained. I didn’t see many all-caps primal screams or 140-character duets for Emoji and exclamation point.

Of course, I peer out at the universe through a knothole as tiny as anyone else’s and the plural of “Twitter stream anecdote” is surely not “data,” nor even a distant relation to data, nor even a part-time and barely convincing cosplay of data.

And yet I think there’s something natural and inevitable about this quiet reaction. It’s not merely that we’ve all known for some time that Terry had to be passing soon, that we’ve been forced to think about it, that he had the chance to say so much about it.

When some people die, they leave the rest of us with a sense that they’ve packed their words and warmth and hauled them along like luggage for the trip, that we can never hear from them again. Terry gave us so much of himself, though, so damned MUCH– seventy books, just for starters, and a world and its inhabitants that might as well be a religion for millions. A good religion, a useful religion. The sort where there’s always a little golden light flickering behind one of the church windows at any hour of the night, so you know there’s someone there to talk to you about anything, and they won’t have locked the doors. They won’t even have put locks on the doors. Some asshole suggested putting locks on the doors once, many years ago, and everyone else in the church carried that person out of town and threw them into a pond. That’s a Terry Pratchett sort of church. That’s a Terry Pratchett book. And he walled us in with them. He stacked them high all around us, and they’re all him, they’re all still here, and they’re going to be here so very long after you and I and everyone else reading this have gone off for a last walk WITH THE ONLY PERSON IN THE UNIVERSE WHO SPEAKS NATURALLY IN ALL CAPS AND WE DON’T REALLY MIND AT ALL, IT’S JUST THE WAY THINGS HAVE TO BE. 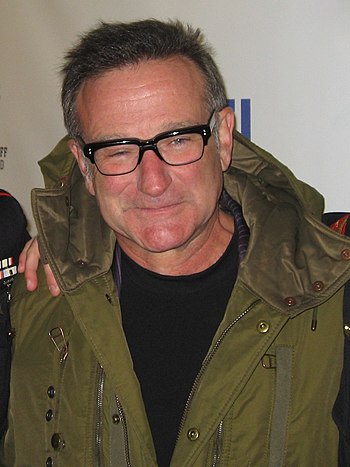