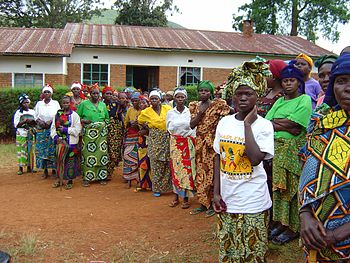 First off, I’m not sure how I feel about the term ‘rape culture’.  I know what it’s supposed to mean, but it feels like being horribly cruel the the poor innocent language.

Yep, that’s what I said, bullshit.

I accept that the statistics say a great many women in various parts of the world are raped with alarming frequency.  It is absolutely the fault of those men; and it is the fault of our legal systems.  I do think society should shoulder some of the blame.  How much?  Let’s see.

One thing that is society’s fault is that we do not believe men can be raped.  It skews the statistics that men are afraid to come forward, or are ignored when they do; many don’t even know there’s something to come forward about — rape has suddenly become a feminine verb — we don’t even say it when speaking of children, it suddenly becomes ‘molest’.  From here forward I hold that gender and sex are both utterly irrelevant to all matters save imminently practical (those who lack penises tend to find using urinals a bit awkward), and the personal (I’m not going to argue with you about what pronoun you want me to use, just don’t take offence if I use the wrong one when we first meet and you look like a different one).

It is certainly society’s fault that we are so determined to blame the victim.  Lawyers will ask after the raped person’s personal habits and what they were wearing.  I’m sorry, but I could routinely hang out in swingers’ clubs, hold bi-weekly orgies in my home, and walk down the street stark nude — this does not invite anyone walking by in the street to force me into sex!  Is this society, per se, or is this the legal system, though?  If we start looking at “I was raped” as “I was forced against my will to have sex” and all of this irrelevant nonsense wasn’t factored in, people might feel less inclined to act on any violent impulses.

If the courts were working to protect and serve the victim instead of the rapist, there’d be fewer rapists.  Maybe I’m old fashioned, but I sincerely believe that locking someone in a nice sturdy building with three square meals a day, a gym, a library, cable TV (well, my opinions on Cable TV is that, you got put in jail, you deserve it — but I know I’m contrary to the rest of Western Civilisation), et al is hardly punishment.  Really?!  Do you know how often looking at my alarm clock in the morning, and my bank balance on payday I think “screw this! jail sounds kind of nice!”?!?  How about bread and water, electric chairs, Alcatraz, lobbed off hands, and such?  Man or woman, if they can’t keep it in their pants, castration!  Whatever, it can be prison farms in Georgia, or asteroid mining out past Pluto for all I actually care, but jail should be somewhere people never want to be.

Next are the parents.  They’re part of society, but they’re a microcosm as well.

We need to stop blaming victims.

Now, to be fair, we need clear-cut, and very sound definitions of these things.  Why?  Because, regardless of the legal reality of it, people believe that they can be brought up on sexual harassment charges for telling someone they look lovely today — and just meaning (wait for it) they look very nice today!  There’s also this fear that if you hug someone, no groping, nadda, just trying to comfort a friend, you may find yourself in court “he raped me, I just didn’t want that hug!  It was unwelcomed advances!”

We’re a social creature.  We find comfort in companionship, be it pets or friends or family.  Our society, culture, and individuals become ill if they do not get that companionship, that affection, that closeness.  The day a sincere hug is feared because it might end in “RAPE!  OH GOD I’VE BEEN RAPED!!” we have to work hard to reverse that trend.

First and foremost, though, we should be teaching our children to respect one another.  I don’t give two wits about Playboy and their pictures.  Those women elect to be there, they are paid nicely, they frequently talk about how well treated they are by the photographers, many of them find Hef to be a charming and witty gentleman whom they are proud to call a friend.

My point?  Looking at a beautiful woman is not disrespecting her; and many of the people who say they do, don’t turn around and start shouting at the people who make those sexy fireman calendars, now do they?  Ever heard an interview with a male stripper?  Women, there’s all these rules — mustn’t touch ’em and such.  The men?  Let’s just say these women grope the life out of some of them, and … it gets graphic.  True, the men who stay with it enjoy it and think it’s fun — clearly they don’t feel disrespected or raped.  Admiring beauty is respect, not disrespect — so long as you do it appropriately.  That magazine?  I don’t care what you do in your rooms, looking at ink on paper — that girl is 2-dimensional and a few inches tall; it’s how you treat the woman of flesh and blood that it’s a picture of that’s when respect comes into play.  Drool all you like, ladies and gents, over those muscular firemen — yummy, yes?  They’re three inches high, half a millimetre thick, and made of pigments; now what do you do when you meet Mr January?  And a pass like “will you put out my fire?” classless, yes, certainly, but depending how you say it and mean it … hey, I can’t think how telling someone “oh god, you are so hot, please take me now” is something to take offence at; but if he’s offended, apologise and don’t say that next fire related line that just came to mind.

Sure, there’re grey areas.  Certain passes, and the diligence that some men and women proceed with after being shot down — determined that you’ll change your mind — well … they’re not dehumanising … disrespect depends on point of view … and it’s not rape, yet.  Do they keep making passes?  That’s annoying.  Do they decide they’re “tired of you playing hard to get; I know you want this …”  Yeah, okay, NOW it’s all those things.

We’ve got to teach respect.  Ladies, stop scolding the women in abayas.  Stop scolding the ones in the string bikinis.  Stop scolding the ones in pasties, and the one who are fighting to be allowed to go as topless as their husbands.  Men, cut it out too.  There is exactly one thing a man or women can wear that is open invitation to do with them as they please — “Take me now, and take me as you please” in sharpies or paint on their skin, clothes, sandwich sign, barrel, or on the banner above the bed of nails (s)he is laying on with bottles of lube to hand.  START scolding the ones who you see watching the news that go “oh, she had it coming” or “oh, look at this guy! what a pussy!  ‘oh boo-hoo, I was raped!’ yeah, right” — you want to stop “rape culture” you stop those people.  You want to stop rape culture you comfort the poor man, poor woman, poor eunich, poor whatever — you dry their tears, you ask who dunnit, you get whatever evidence is needed to be sure that the event took place and that consent was not given, then you make them pay.

Now, I will agree that consent can be implied.  Some say “unless she says ‘yes’, it’s no”.  Well … no.  I do not, to quote Father Goose ask “permesso” every time I  wish to kiss someone I love.  But if the head turns away … well … I go find a mint, or brush my teeth and try again (damned garlic).  Permission can be implied, if there is no protest.

“Jaye!  How could you!?  You’ve just condoned doping!”  Uhm … no.  If he or she can’t say no, then it’s still rape, honey.  I’m sorry, given that someone in a coma can’t say ‘no’ that also means she or he cannot say ‘yes’ — so, just as the person walking down the street who does not have a sign saying “take me, I’m ready” let’s ASSUME it’s a no until they wake up, yes?  Let’s not split hairs, it muddies up the point.  Splitting hairs is what the defence attorneys who get the rapists free are up to; it’s what the politician who are trying to, effectively, make rape legal are doing.  Let’s not be those people.