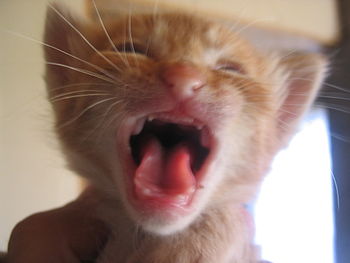 Well, I figured out the trouble with Ready or Not, sort of.

The program I’d made the PDF with was refusing to make a 6×9 PDF.  Even though it has done so in the past.

So I use a different program to make the PDF.  YAY!  Fits … but now Createspace is convinced that something is off the edge of the page … which isn’t … and wouldn’t let me approve the proof.

So I use another another PDF creator … proof is approvable!  Yay!  Excess blank pages are randomly inserted into the middle of sections of the book, one of them near the beginning so that page … n/m, just awkwardness happens.  Oh, and to top it off?  Suddenly one of my fleurons is 72dpi, despite the fact that I copy/paste the same image every single time and there are over 100 in there, just the one near the top of page 16.  I’d ignore it, but since I need to fix the blank pages, I may as well figure it out too.

For those who prefer a nice physical, bound book to hold in their hands … I’m sorry but I’m still working on that for Ready or Not.

Theoretically this should be ridiculously easy and all, but Createspace is what I go through for the print because it’s the highest quality Print On Demand publishing service after Lightning Source, which I’d prefer to use but lack the Photoshop skills necessary to get the cover and page layout right in a single go and thus would get obscenely expensive.  Problem is, though, that Createspace apparently hates me.  It’ll lay the pages out pretty neatly while I’m experimenting along the way still writing the book and such; then I upload the final document file which, in theory, ought to be perfect since I’ve been testing along the way … … … random badness happens.  In this case it keeps setting the pages several inches too high up and to the right.

So far I’ve found all the things not causing that.  I pray it’ll only be another few days to a week before it’s up, but it could be as many as two or three more weeks.

I’d go with a publisher and save myself these headaches, but I’d be simply trading them in for different headaches.  At least this way I keep full control and don’t have to worry about some artist getting strange ideas about what my covers should look like (for those who think an author has control of her cover art through most publishers, all I can say is, “that is adorably naïve, honey.”), higher royalties, an editor I know well and trust not to decide to rewrite the book for me (yes, it happens), and control over release date (sort of).

Sadly, I just got done interacting with CreateSpace.

I can’t recall now if I was just working with an estimator before, or not, but now that the book is up for processing and eventual sale the final price tag is us$17.99, with standard exchange rates applied to the price tag for £ & € (sorry I don’t recall those numbers off hand and am not in a good position to look them back up right this moment).

The eBook, naturally, will be far more affordable as it will be under us$5

Finished editing the first book today! Love or Lust is in its, approximately, final form. From here the only thing really on the to-do list is to hand it back to my lovely editor and let her go all Hardcore Grammar Nazi on it, and appease her with chocolate so she won’t send me to a concentration camp or gas chamber for my comma splices and similar.

The cover is almost finalised. It is going to get a small tweak so it says something about being book 1 of Now & Forever, but otherwise will be what is pictured stage right [Update: That IS the final cover there complete with the Now & Forever bit, obviously] (click it to see it bigger). Those who keep track will notice [Update: insert — essentially] this is my fallback cover. This is because my artist got a bad case of the busy real life. His business has him working about an hundred hours a day six days a week, but he’s doing something he loves so, at least that’s something.

The print edition may have a slightly different cover, but that will depend entirely on how hard it is to build my own from scratch. CreateSpace has some clever options in its cover designer that I’ve managed to make a pretty look with. Might even use CreateSpace’s cover for the eBook, but I doubt it [Update: absolutely they will be the same].

Just to list the initial retailers that will be carrying the title, for absolute certain: CreateSpace & Amazon, Kindle, Nook, Kobo. I may do more. Depending how annoying it is, more might even include Smashwords – but don’t hold your breath, that site irritates me.  [Update: As I just discovered that Smashword will accept ePubs directly, they might not be off the list]

All in all, look for the first instalment of this four book series within the coming two months (more likely one month). [Update: I really need to take calendar lessons or something … more like 2 – 4 months from when I’d made this post]

For those not inclined to follow the links and haven’t been keeping up: Now & Forever itself is a slice-of-life romantic comedy about Lauren Conners and Salencia (aka Sally) Constellino, students of the Catholic school named Immaculate Conception, and in true love together. Love or Lust introduces us to the cast and brings the girls together and about the girls learning what it truly means to be in love.

So I’ve laid aside Ready or Not for a spell while I recover from a pretty nasty flu that I’ve been fighting for the entire past week.

I’m using the time, when I’m lucid enough, to edit Love or Lust. I kind of hope to see it out before Christmas or New Year, but I’m not so sure now. There’ve been some layout issues that are bring annoying. I try to work on that even during editing because the edits themselves don’t affect things like graphics, margins, the gutter, etc.

Tedious process but one I’m no stranger to, and so is far faster than the first time I did it. Initially I will be distributing through various online retailers and CreateSpace. I hope, one day to include iBookstore and switch from CS to LSi, but as of right now CreateSpace is simply a more pragmatic choice than Lightning Source.

Pricing is still in consideration, but is likely to be at least us$5.99 for eBook and us$9.99 for print.