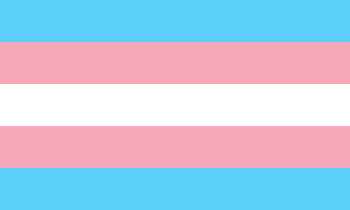 You know, sometimes I think the oppressed groups of this country (America), and possibly of much of the (at least Western) world are sometimes the worst for bigotry and hatred, cruelty and intolerance.

Seriously, though.  I present to you a situation.

Introduce a group of cisgendered, straight men to a woman who is extremely masculine and love sport and can talk shop with them all day long and show them up on the basketball court, or introduce them to a transgender man of the same sort, etc.  Now, please note, I said men, not overgrown children and adolescents full of insecurities and nonsense.  In this scenario the woman may or may not get flirted with, both she and the transgender will be welcomed as brothers to the football couch in every example I’ve ever enountered.  Sometimes the woman, or the transgender, might have to talk a bit more shit, as they say, and be a little manlier than thou to be accepted, but for the most part in this very mainstream scenario she/he is welcome.

Take underdog minorities.  Gays, Lesbians, Transgender, Women, Geeks, etc.  The bullied and oppressed.  The downtrodden and reviled.  The ones who ought, really, to understand one another and stand up for each other and protect each other as brothers and sisters … well.  If you want to know about geeks I suggest Seanan McGuire or John Kovalic — “Fake Geek Girl” is the catchphrase to search their LJs, Twitters, Facebooks, and Blogs for.  The rest?  Feminists who reject transgender women as not really women.  Homosexuals who won’t accept that someone who favours the opposite sex from their own, but the same gender … well, “you’re not really gay, you’re just a cross dresser” is how it is most politely put.  Transsexuals who get upset with people who are content to only be transgender and don’t want their balls/ovaries, vagina/penis to be removed or ruined and say they’re not really trans, only confused.  It goes on.

What is this?  The social group version of the abused child who grows up to abuse his/her own children?  The molested and raped who go on to molest and rape in their own turn?

I like that:  molestation and rape.  It’s a good image to parallel this discussion because we are molesting and raping the self-esteem, the hearts, the souls of others just to feel even more special about that which sets us apart from the mainstream — as though that which gets us bullied and ridiculed is an exclusive club and we don’t want their kind participating?  It’s sad, it’s pathetic, it’s wrong.

I tend to stay away from social groups.  I don’t go to gay meetings, or trans-parades, or whatevers.  I simply associate with those I meet whatever and whomever that might be.  I swear I never realised how very much like the very same childish bigots for the extremist mainstream some of the various oppressed groups could start to sound until I came across discussion forums and blogs about the subject or even just personally witnessed some of the inter-“weirdo” hatred.  Seriously, folks, isn’t the one thing we’ve learnt from being gay or bi, transgender or transsexual, or whatever is that to each her/his/its own?  That, in the end, we’re all people and that we all love and live, try to find some form of joy and to find someone to share that life and joy and love with?  Do we really need to sink to the childish levels of those who would us and oppress others in our turn to feel that we’ve finally achieved some kind of status, recognition, legitimacy, etc.?  Do we?

Instead of denying that the transgendered woman beside you is even a woman, or telling her that because she has a penis that she can’t possibly be a lesbian … embrace her and treat her as a fellow, as a sister, as someone who quite possibly is going through more and worse shit than you are Ms Cisgendered lesbian or Cisgendered Straight Feminist.  That gentleman over there crying because he cannot get a hysterectomy and it’s time for his period and he thoroughly hates himself right now needs comfort, not derision.  That genderqueer … something in-between … is being very brave to show (for want of a useful English pronoun for a hypothetical person) its face in public, congratulations are due, not insults.  Gay men do not threaten feminism … none of it.

If we as peoples looking for greater respect from those around us … what makes us so special we deserve and are entitled to greater respect than we’re willing to show to others?  The transgenders who are rude to all cisgender.  The gays who are as hateful to straights.  Everyone is so mean to bisexuals — they’re not sex fiends, really they’re not.  We are entitled to respect because every major faith I can name says, in some fashion, “Love thy neighbour as thyself”.  In short, we show to those around us, those who remember that, every bit of respect and courtesy we can, all the love and kindness who possess — because we hope to recieve that love and kindness, that respect and courtesy back … no, because the more love in the world the better the world.  If you’re hateful you, by most logical arguments, deserve only hate — but maybe if you’re shown a little love and respect instead you might come around to a better attitude.  I’ve my own share of prejudices and dislikes — I’m no saint; I sincerely don’t trust or respect most yuppies I meet, I can’t help it they make me nervous.  We’re human, but while that means we’re flawed, it doesn’t mean we have to embrace our flaws, it just means we should know we’re not perfect, watch for the signs of how we’re not and fix them so that, maybe one day, we will be perfect.

I don’t care if you follow Christ or not — I don’t, though I love His teachings and stories — strive to be like Him or any of his various analogues through the course of history.  Be better than those who hate you.  Be a source of love to all.  What would happen if every person on the planet, tomorrow, jumped out of bed and decided to not treat a single living soul like shit ever again?  Pretty awesome world we’d have, wouldn’t it?  We can’t convince the full 7billion+ humans of this globe to do that, but we can each of us jump out of bed tomorrow morning determined to be excellent to each other and make that many more lives that much better than they would have been otherwise.

6 thoughts on “The oppressed should stand together”